My take: I had not heard of Revision Brewing Company or had any of their beers until December.  From what I had read and heard the brewer was the OG brewmaster from Knee Deep Brewing. This already had me intrigued warranted a thorough investigation. They  had just started distributing to the Oregon market around that time and didn’t take them long to get people talking about them. Over the month I was lucky enough to try 8 different beers from this brewery and not one of the 8 disappointed one bit. My favorites were the DIPA, Dr. Lupulin, Skunkworks exp 8.0, Planet Lovetron, and The Bruff.  If you haven’t had any of their beers be on the look out and don’t miss out! They are quite tasty.    (Website for Revision Brewing Company) 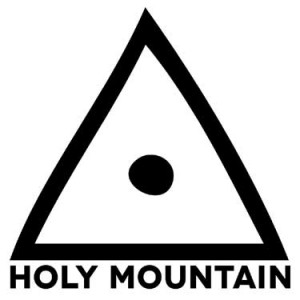 My Take:  I have not been to this brewery yet (sad face) but I have heard enough to know they are big time not only in Seattle but anywhere lucky enough to get their beer. I finally got my hands on a couple of their beers was impressed to say the least. I had their The Goat Saison and the Bourbon Barrel Aged Kings Head. Both were ridiculously good and quality wise reminded me of Logsdon/Cascasde/De Garde which if you don’t know make some of the best Saison, Sours, and Barrel Aged beers. If you are on that level you deserve some love.  (Holy Mountain Brewing Website)

My Take: No introduction necessary for this brewery. If you drink beer you have had their beer before. Although I had a lot of their anniversary beers and Leo v. Ursus variations during this month(all tasty by the way) there was one beer in particular that caught my attention. About 32 oz. of attention. The SLOambic a Wild Ale (brewery description) was my favorite beer of the month. Not too sour and crazy combination of berry flavors made this hard to put down. Find it, drink it, and thank me later.  (Firestone Walker Brewing Company Website)