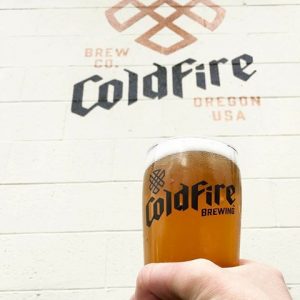 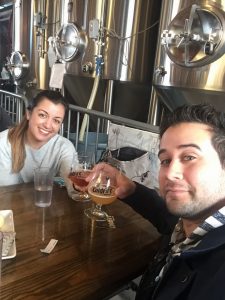 My take: Coldfire Brewing opened over 2 years ago around the time that I moved to the Eugene area. This month the award goes to them not only for killing it in the month of October but also because I wanted to give them some extra love for the progress they have made in that short time. They have hit their stride over this past year and it shows in the quality and variety of their beer. Although small in size they have moved into the top tier of breweries in the Eugene. This past month I have been drinking a lot of the Little Giant ISA and the Western Sun with my favorite one being the Tangles with Tigers: Green (New England IPA). Go check them out and see for yourself and don’t forget to get a burger from Haybaby Food Cart. 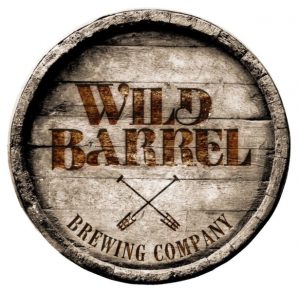 My take: Wild Barrel is one of the newer breweries in the San Diego beer scene that I got to visit in October. I was impressed as soon as I walked into the tasting room. It was spacious with TV’s playing college football (always bonus points if football is on) and a nice gigantic barrel as the centerpiece perfect for the inevitable beer selfie. With newer breweries it usual takes a little to get the recipes tweaked before they are optimal but these beers were definitely that of a skilled brewer. They killed it with my two favorite styles (IPA & Sours) right from the start. My favorites were the Indie IPA (one made with citra and one with mosaic) and the Vice Pink Guava (sour). Awesome tasting room and great beer with sports playing is all I want in a good brewery. Stop by and see for yourself! On a side note they also have batting cages right next door and apparently you can also do some axe throwing from what I was told.