Under The Radar- Alta Brewing 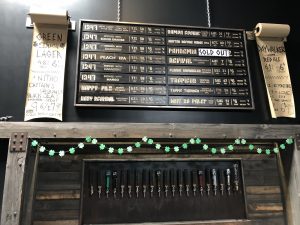 Overview: One of my first stops when I was visiting was at Black Plague Brewing on St. Patricks day. It is located in a business park so from the outside it is a little misleading, but when once you step inside it’s a whole different story. The space is wide open with a nice size stage for some live performances. I am not a skater but I believe there was a quarter pipe inside as well. After further inquiry into all the skating decor I was told Tony Hawk has some involvement with the brewery. There is a ton of space for sitting with views of the projector but the best spot is at the bar. The had a huge selection and variety of beers that was definitely impressive for a newer brewery. All of there beers were good and could easily tell whoever is making them knows what they are doing. Overall with the combination between the awesome tasting room, delicious beers, and live bag pipe performance this brewery was an easy favorite of the weekend. 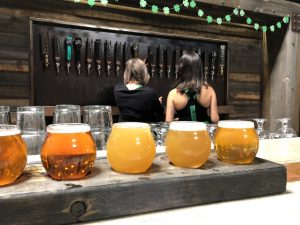 Overview: I had previously been to the first location and was always enjoyed the tasting room and they always had a huge selection. I was not disappointed at all by my first visit to there not location. The place was packed due to the St. Patrick’s day event and got to experience the tasting room at it’s best.  I enjoyed a flight of their beers on the second level while getting a good viewing angle of all the shenanigans going on down stairs. Good beer selections and two levels of space to drink them make this place a must visit if your in town. 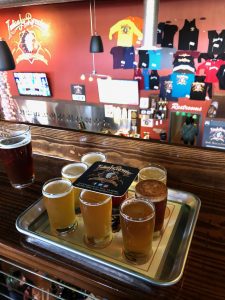 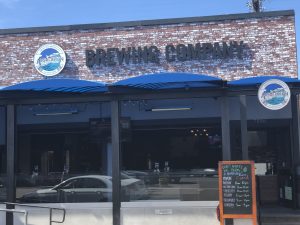 Overview: Absolution brewing company got their start up in the Torrance area before opening up their second location in La Jolla. They ended up taking over the spot that was once vacated by La Jolla Brewing Company. In my opinion that was a genius move. It is in one of the nicest areas in all of San Diego and is by one of the nicest spots to hang out at in regards to the brewery scene in town. I chose to sit inside because I was watching some sports on one of their many TV’s but if you prefer you can sit outside on there patio. If it happens to be cold for some reason in San Diego they have a sweet fire pit out there as well. It is a brewery blended with the elegance of a restaurant in downtown La Jolla which means its pretty sweet. Maybe stop by after a day at the beach to grab some food and beer! 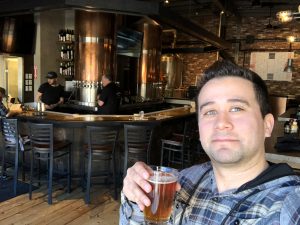 Favorite Beer: The Wicked (11.0% ABV) – This one is dangerous but tasty. Cannot tell at all that it is 11%. Drink with caution! 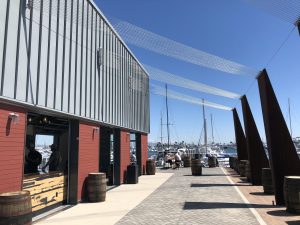 Overview: I have been to their original location but was definitely excited to check out this waterfront spot before I flew out. Located right on the marina across from downtown and is a great way to spend an afternoon. Very peaceful spot with a good selection of beer and not to mention a view of the downtown San Diego skyline. 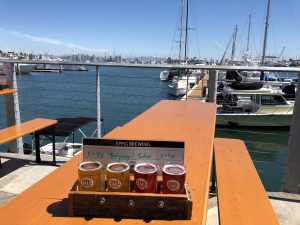 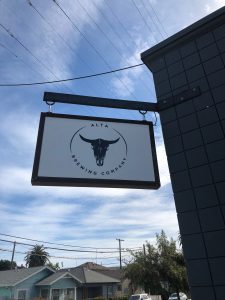 Overview:  Just a little south of downtown San Diego is where this brewery is located. It is small in size but makes up for it with high quality beer. I haven’t heard a lot about this brewery prior to visiting but after trying out their beer there should definitely be a little more buzz. They have a sweet little tasting room where I enjoyed some March Madness while chatting with the brewer and drinking all his beer. If your in the area this is your best bet to try some tasty brews. 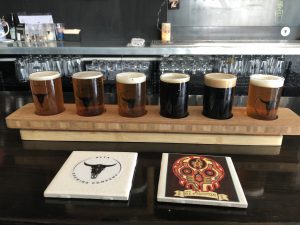 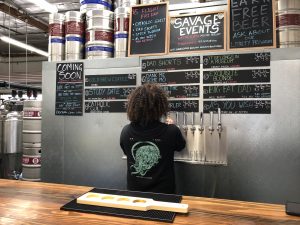 Overview: I am usually staying in the Scripps Ranch area and was glad to find a new brewery near by. Savagewood took over what was previously O’sullivan Bros. Cool little tasting room where you can watch a game while sitting right in the brewery. A small spot but always a good selection of beers on tap! 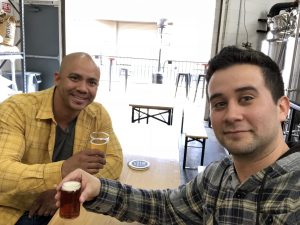 Favorite Beer: Snakes in the Museum 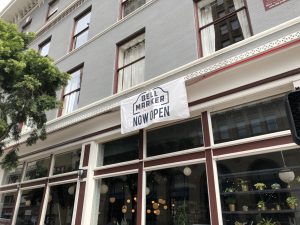 Overview: The Bell Marker is the newest spot in downtown San Diego. Combined with good location and nice interior make this a great spot to grab a beer, food, and watch some sports. 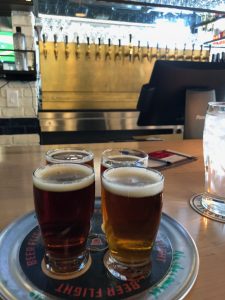 Overview: This is their second location and it was very impressive. As you walk in you immediately see the size of their brewery operation. They have definitely moved up in the world compared to their original location. The vibe here is awesome having  couple beers while sitting right next to their giant tanks. Another awesome spot in the Barrio Logan area you need to check out. 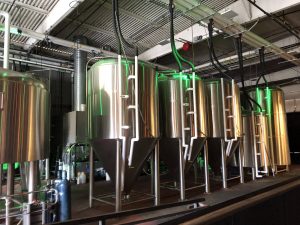