Summary: To preface this I have never been to Texas and I do not believe I have ever had a beer from the state. I spent 5 days and 4 nights in Austin and while I did partake in my share of beers, the city as a whole was very impressive too. Of course this is about beer so let’s get to the point. The beer scene in Texas got a big boost following their success at the 2017 GABF(click to see winners). Austin took home some impressive hardware at the competition and after my visit I completely understood why.  I tried as many different beers as I could and I did only go to 12 breweries. So I did not get to experience all of what Austin had to offer but from what I did here are my award winners!

-Also wanted to give a shout out to Austin Beer Guide. The magazine they put out is awesome and super helpful and every good beer city shoulder have one! Nicely done. Also gave me some inspiration for my awards. 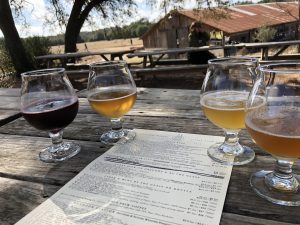 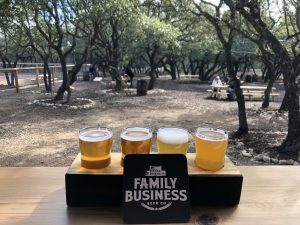 Best Beer: (There was a lot! Could have added more) 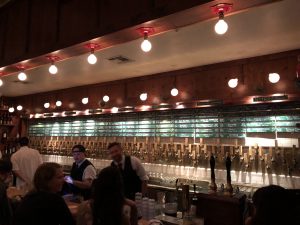 Conclusion: Coming from the west coast I enjoy my hoppy beers. Austin excelled on the lighter end of the spectrum but also did not disappoint this hop head. Hops & Grain had a crazy spread of IPA’s to start my vacation. Lots of good scenery from Jester KInger, Family Business, and Oasis Texas made it even more memorable. But this biggest takeaway was that Austin is definitely a powerhouse in the beer scene and needs a little more recognition even after the success at GABF. I will be back soon and possibly might be moving here soon!