* I have been a little behind so this post will include the Summer of 2017 as well as September of 2017.

My Take: Block 15 is getting this distinguished honor because for lack of better words they killed it this summer. I can’t remember a weekend where I didn’t have a couple of Block 15 brews and was always on the look out for some of my favorites at the local spots around town. And not to mention I definitely visited there Brewery & Taproom at least 3x this summer and always walked away impressed that every single beer I had was good. No complaints. That is rare for as many Block 15 beers as I had. Between the The Dab Lab beers and all the other amazing IPA’s they put out this summer is why this brewery is in the top spot for me and look forward to whatever else they are cookin’ up in Corvallis.

This brewery is highly underrated with a lot of the well known breweries in Oregon but in my opinion is by far one of the best IPA makers in the state. 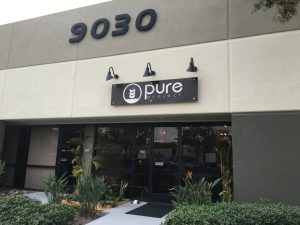 My Take: Pure project is one of the newer breweries in the large San Diego beer scene and located in the notorious Beera Mar (Mira Mar) area. Looks may be deceiving to the outsider due to its size but if you have ever been you know you couldn’t be farther from the truth. Since this brewery opened I have made sure to visit every time I go home to visit. Whenever anyone asks this is always one of the spots I tell them to visit that flies a little under the radar but has beer good enough to hang with any brewery in town. Always a good vibe inside the tasting room and always some creative ingredients in their line up of awesome beers. The made my summer trips home even better this year and earn them a spot at the top of my summer list for 2017.

Brewery of the Month September 2017 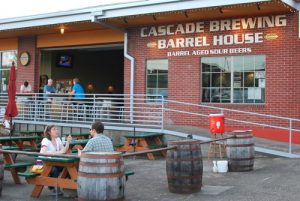 My Take: This pick for the month is not going to shock anyone but I had to give them a shout out after my last visit a couple of weeks ago. I have been there plenty of times and know they have great beer but when you haven’t been awhile you forget just how good it is. This visit I had the Prime Time Sublime Paradigm(one of the best beers in any category I have ever had), Crazy Navel (2016), Pumpkin Smash (2015), and lets just say I spent a lot of money that night and it was more than worth it. If you haven’t been there you need to go, buy a plane ticket, fly up, drink some beer, and then brag to everyone who hasn’t been. If you live close enough to drive and haven’t been we cannot be friends. 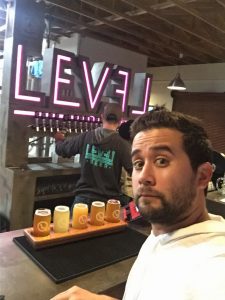 My Take: One of the newest breweries in Portland and located right next to the airport which is an ideal location. The brewery/tasting room is awesome and looks like a gigantic barn from the outside but inside is a different story. First of the pour station has sweet coloring Level logo which makes for a sweet selfie (I didn’t take one…). The outside area is covered kind of resembles a green house and makes perfect for those rainy days. I saw lots of board games, bag toss, and a good amount of children running around. This place had a very fun atmosphere and not to mention some amazing beers. The impressive part is they have only been open for a couple of months but the beer is already on point. Go check it out and you will see what I am talking about.